Beverly Gilbert is the executive director of the Atlantic County Women’s Center which she helped establish. In 1982, she founded the Atlantic County Rape Care Program followed by the ACWC Child Care Network in 1983 and the Home to Work Displaced Homemakers Programming 1996. Through the agency she provides consulting and training in crisis intervention. She is an RN with an A.S. degree from Atlantic Cape Community College, CSW and DVS certification and has taken a one year CPM course. 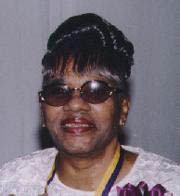 What kind of person feeds Atlantic City’s hungry everyday for over twelve years…out of her own home? Jean Webster. Mrs. Webster was Atlantic City’s first woman sous chef, working at the Playboy Hotel/Casino (which later became the Atlantis Hotel/Casino) and Trump Taj Mahal Hotel/Casino from 1984-94. In 1986, she saw a man searching for food in a garbage can and she invited him into her home for a hot meal. From that day to the present she has been assisting the hungry and homeless in Atlantic City…whom she refers to as her guests. 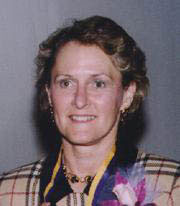 Linda B. Jankowski is the first DNA Technical Director for the New Jersey State Police. She directs the DNA operations for the State at the South Regional Laboratory in Hammonton, where she has worked for 25 years. She has a BA from Gettysburg College, an MS degree from Rutgers University and has continued graduate work in a Ph.D. program at Rutgers University. During her off-hours, Linda enjoys triathlon racing, big game fishing, skiing and golf. 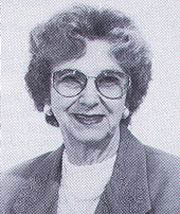 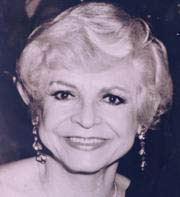 In 1956, she started the She Shell Award and established the McCullough Research fund in care of the Atlantic City Medial Center to purchase a $100,000 neodymium-zag laser for the detection and treatment of tumors. Her television appearances and credits include the Mike Douglas show, the Today Show, The Steel Pier Show, The Marie McCullough Show and the Miss America Pageant Parade and cable Entertainment TV. She passed away in 1984. 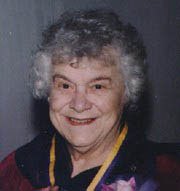 A community activist and volunteer, Mrs. Nestor was a Gray Lady during World War II who wrote hundreds of letters for wounded servicemen who were hospitalized at England General Hospital in Atlantic City.

Through her 25 year involvement with the Parent Teachers Association (She became president of the Atlantic County Council of PTA’s.), she organized programs on the local, county, regional and state levels that supported education and fostered communication between parents and teachers.

Through involvement with her church and the community, Mrs. Nestor became a positive role adult role model for hundreds of youth, organizing ethnic dances, basketball games…always guiding with the highest expectations of herself as well as of the youth she was in charge of.