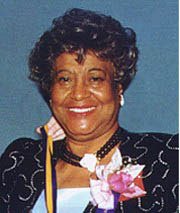 Mrs. Dorrington recently completed 50 years in education. Her career has taken her from preschool through graduate school, holding the positions of director of federally funded programs and learning disabilities consultant as well as program developer for students with disabilities at Richard Stockton College.

She is a published author and an accomplished lecturer. Mrs. Dorrington founded the Debutante Cotillion, the Children’s Camp and Cultural Fund and the World Links Initiative, a student exchange program with Barbados. 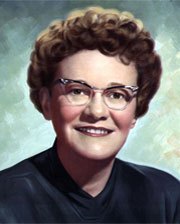 Helen Marie Gormley Stafford (1910-1991) was one of the first women, if not the first woman who was licensed to practice funeral directing and embalming in the seashore region of southern New Jersey, the daughter and granddaughter of two of Atlantic County’s first undertakers. 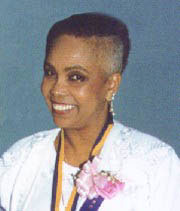 A writer, producer, director and well known choreographer, Pattie Harris is a fixture in the Atlantic City artistic community. A member of the Screen Actors Guild and the Actor Equity Association, she has written, directed, produced and choreographed dozens of musical presentations throughout he state of New Jersey.

She has also had a successful career as a professional entertainer including Broadway plays, television commercials, nightclub acts, musical theater and dance performance. She is the artistic director and founder of the Atlantic City Dance Theater Center of Cultural Learning, Inc. Pattie originated Project Pride, a mentoring program for disadvantaged teenage girls. The program uses the discipline of dance to help instill pride and self worth in the teens. 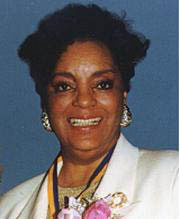 Quanda was the first minority woman to be in a nationally televised cigarette commercial. She has modeled for Pucci, Paris Vogue and has done print ads for the Ford Motor Company and Pepsi. In 1965, Quanda was recruited as a test case for minorities to join the Philadelphia police force. She credits her law enforcement work with being the most life-preparing experience she has had.

She lived six years in Lagos, Nigeria where she operated the family-owned importing business and, later, in Atlantic City, worked as convention services manager at two casino-hotels. In 1987, she opened the first minority-owned and operated clothing boutique in Atlantic City for the ‘big and beautiful’ woman which is now located in Central Square, Linwood. She then started Grupo Industria Jade in Guadalajara, Mexico which specialized in the production of bowling shoes and logoed sports footwear for little league teams. She is one of only two women manufacturing shoes in Mexico. 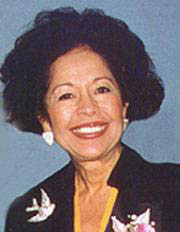 From 1984-92, Ms. Doggett was the Director of Economic Development for Atlantic County, where she directed the division’s participation in the reinstitution of rail service to Atlantic City, in the expansion of Hamilton Township and Egg Harbor City industrial parks and in the economic impact studies for the casino industry. Additional projects included the Atlantic City International Airport expansion, the Atlantic City Convention Center rail terminal complex and the FAA Technical Center. In 1991, she was appointed to the board of Directors of the Casino Reinvestment Development Authority (CRDA) and became Deputy Director in 1992.