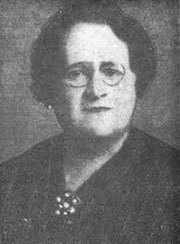 A woman truly ‘ahead of her time’ Mrs Somers continually worked to enhance the welfare and status of women and children. In 1916, Mrs. Somers founded Child Federation, which was the first organized health service for infants and children in the state of New Jersey. She tirelessly devoted her time to Child Federation and served as president for 34 years.

Mrs. Somers was the first woman to serve on the New Jersey Housing Commission, and was active in the promotion and construction of Pitney Village in Atlantic City. Mrs Somers was one of the founders of the Atlantic City Chapter of the American Red Cross in 1917 and was a chairman of the chapter. She organized the Volunteer Motor Corp. & Surgical Dressing Unit for the England General Hospital for both World Wars and was instrumental in establishing the Women’s Club of Atlantic City. 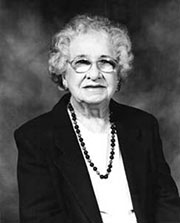 In 1923 Loretta answered an ad in the local paper, which was recruiting women baseball players. Loretta was only 15 at the time but she answered the ad and was accepted to play on the Philadelphia Bobbies, an all women’s professional baseball team. The team practiced in Fairmont Park, which was a long trolley ride from Loretta’s home and her teammates thought she lived in the sticks. The nickname ‘Sticks’ stuck and she become known as Loretta ‘Sticks’ Jester. – Deceased. 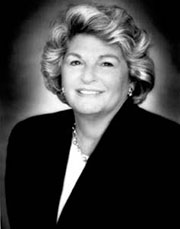 Educated at both Temple Univ. and Richard Stockton College, Ruth has made her mark in atlantic county. In 1990, Ruth associated herself with a fledgling special event here at the jersey shore. Under her dynamic leadership this event has grown to draw thousands of visitors, infuse the local economy with millions of dollars each year and attract national media coverage. In 1990 the Atlantic City Classic was born and today is known as the Shoprite LPGA Classic which is now held at the Marriott Seaview & Country Club. It is one of the largest purses offered on the professional women’s golf tournament tour. Although she now works year round as exec. director of this event, she has found time for other organizations as well & has received many awards.

Ruth served for 12 yrs on the board of directors of the Jewish Community Center. and also on the Richard Stockton College Foundation Board. she is a current member and past board member of the Ruth Newman Shapiro Cancer & Heart Fund. 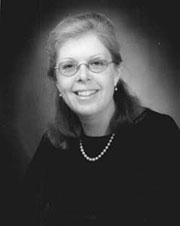 Sarah has also worked in the health care field, where she worked as a administrator for AtlanticCare health system . She has also served as director of public & community relations for the Arc of atlantic county.

Sarah is a past member and chairperson of the atlantic county advisory commission on women and is an experienced family mediator for the community mediation services of atlantic county. – Retired 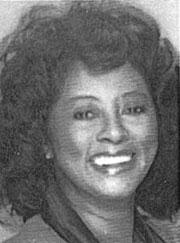 Soundra is the founder of the Insulin Support Fund, a nonprofit organization that raises money to fight diabetes. She has also organized the annual Diabetic Telethon. This program, administered through the Atlantic City Medical Center, provides those without insurance with the means to control diabetes by obtaining insulin and other diabetic supplies at no cost. As telethon co-host, Soundra has helped to raise funds for local people in need.

Educated at Shaw University in Raleigh, North Carolina and at the Atlantic Cape Community College,Soundra has a backround in broadcast journalism and has hosted award winning talk show programs. The creator of Soundra’s Sunrise Gospel Hour, Soundra hosts this twice weekly program on WMGM TV 40. – Deceased. 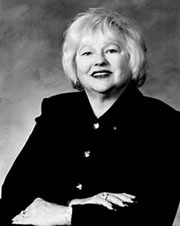