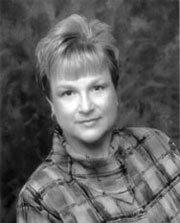 Aldonna Ambler, of Hammonton, is known as the ‘Growth Strategist’, an award-winning entrepreneur, strategic planner & growth management consultant. A keynote speaker, Ambler holds professional certifications in mangement consulting & public speaking. She has been honored by the University of Pennsylvania, Office Depot, Avon, the National association of Women Business Owners, Girl Scouts & the YWCA.

In 1995 Ambler chaired the White House Conference on Small Business and has been recognized for her economic growth advocacy work by the New Jersey Business & Industry Association, the Chamber of Commerce of Southern New Jersey and the U.S. Small Business Administration. 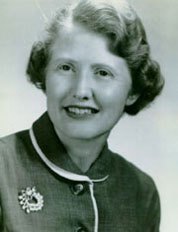 Widowed at 41, Marion picked up the reins of the family business, the Colton Manor and expanded and improved the property.

As a businesswoman, and mother of four, Auchter has always made time for her community. An Atlantic City Chamber of Commerce ‘Business Woman of the Year’, she was also active in the Atlantic City Hotel/Motel Association, American Hotel Association of Hotel Sales Managers, Charity League and the United Way. – Deceased. 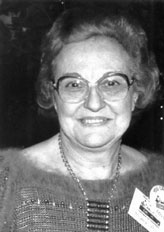 In 1987, the Atlantic City women’s Chamber of Commerce presented Mildred Fox with its Life Achievement Award for ‘almost 50 years of selfless dedication to tourism’.

Fox was a lifetime supporter of Atlantic City and a founding member of the Greater Atlantic City Regional Tourism Council. A longtime business woman, Fox owned and operated the Fox Manor Motel.

A recipient of the Governor’s Tourism award for her many efforts in promoting Atlantic City, she spearheaded the drive to save the Old Atlantic City Convention Hall, now known as Boardwalk Hall. Ms. Fox was active in many organizations including the Greater Atlantic City Hotel-Motel Association, The Business & Professional Women’s Club and Zonta Club of Atlantic City. 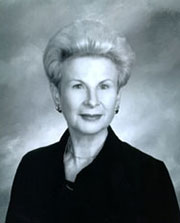 For many years Keates has focused her energy on volunteerism and giving back to the community. She has served as a Trustee of the Margate Community Church, President of the Stockton Friends of the Performing Arts Center, President of the Richard Stockton College Foundation Board, board member of the Atlantic Performing Arts Center and is a past chairwoman of the Lecture Series of the American Association of University women.

Mrs Keates was a recipeint of the Paul Aiken Encore 2000 Award which is sponsored by the South Jersey Cultural Alliance, and has been honored with the Juvenile Diabetes Foundation Leo Fraser Super Achiever Award. – Deceased. 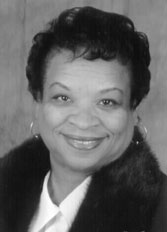 Rosalind Norrell-Nance is the director of AtlanticCare Behavioral Health Family Centers in Atlantic City. Through successful grant writing she has been able to double the Centers’ budget to support the creation of programs & services including ‘Dads Really Do Count’ program, Youth Empowerment Through Employment Academy, the Youth Journey to Africa Program and a Grandparents and Kin Support Group.

Norrell-Nance has served on the Atlantic City Council and was the first, and to date, the only woman to be elected Council President in Atlantic City. 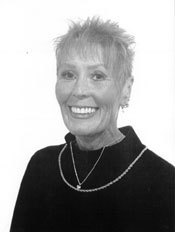 Russelle, a native of Manhattan, worked in modeling & acting before settling in Atlantic City in 1978. 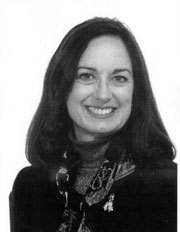 Cynthia Mason-Purdie has spent more than two decades involved with arts and history organizations in Southern New Jersey. A native of New Jersey, she attended Ohio University, attaining a Bachelor of Fine Arts degree. She worked as an arts educator in the public schools system for a number of years before entering public service with Atlantic County Government.

She is currently serving as Administrator in the Office of Cultural and Heritage affairs in Atlantic County. She is active in the development of special arts programming for young audiences and serves on many boards of arts, history, charitable and environmental organizations. 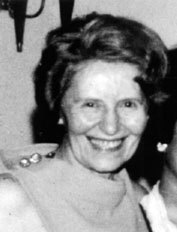 Business woman, writer, sportswoman, Ada Taylor Sackett excelled at all she did. A recipient of the Hotel School of Washington State University Salesman of the Year award, Ms. Taylor was one of the first women to serve as a hotel convention manager. She was founder of the Hotel Employees Skill Olympics, which continues to be a yearly event in Atlantic City.

Writer of the column ‘Date Line Atlantic City,’ which appeared in local newspapers, she was also the founder of Pen Women of Atlantic City & wrote and published two books of philosophic essays. – Deceased.