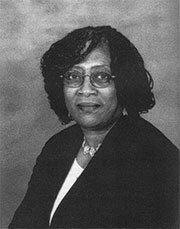 An educator since 1972, Ada Barlatt has worked in Africa, Canada and the United States in the field of education. She holds a B.S. degree in Business Education, a Master of Secondary Education and a Master of Arts in School Administration. 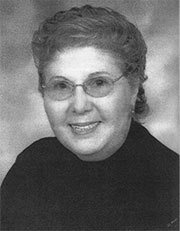 Born in Atlantic County and a graduate of Atlantic City High School, Shirley Labov Bernstein attended Bucknell and Temple University. Following college, she went to work as an Assistant Draftsman for the Atlantic City Electric Company and then worked as a Bookkeeper. In addition to being homemaker and an active volunteer, Shirley became the first female President of Seashore Gardens Board of Directors in 1986 and later served as Chairman of the Board. She is the third generation of her family to serve in these positions.

Shirley saw the importance of serving the elderly firsthand when she witnessed her father’s involvement with Seashore Gardens, an institution that her grandfather helped co-found in 1916. When she married her husband, Howard Bernstein, they quickly became entrenched in serving the community through involvement in various civic and Jewish organizations, including Seashore Gardens.

In 2003, the American Jewish Aging Services (AJAS) recognized Shirley and Howard’s volunteer involvement by presenting them with the ‘Trustee of the Year Award’. 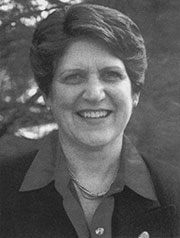 Born in Kansas, Debbie graduated from the University of Kansas in 1974 with a Psychology degree and was awarded a Federal grant to further her education in the field of mental retardation and cognitive development. Debbie was Assistant Professor of Psychology at Richard Stockton College from 1980 until 1983, when she accepted the position of Executive Director of The Arc of Atlantic County. As CEO of the Arc, Debbie has led the agency from a small grass roots organization, to a diversified social services corporation with an $8 million budget that serves 700 people and employs 250 people.

During Debbie’s twenty-one years at The Arc, she and the agency have become industry leaders in integrating people with developmental disabilities into Atlantic County communities, and advocating for their human rights. Debbie is committed to the belief that our community is a better place when we include and embrace people with disabilities. 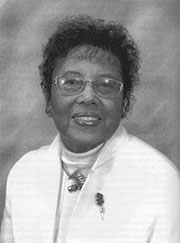 Born and educated in Atlantic County, Mrs. Jackson attended Monmouth Junior College and Newark State Teachers College where she received a Bachelor of Science Degree in Education. She pursued graduate studies at the University of Pennsylvania and received a Master of Arts Degree in Reading Education from Rowan University.

Mamie served as an educator in the Atlantic City Public School system for forty years. During that time she worked as an elementary teacher, reading specialist, basic skills instructor and as an administrator of an early childhood education program. A long-time advocate of education, she established the Learman D. and Mamie G. Jackson Book Award. This is under the guardianship of the Atlantic City Education Foundation and is a perpetual award to be given each year to an Atlantic City High School student who is pursuing higher education and is in need of financial aid. 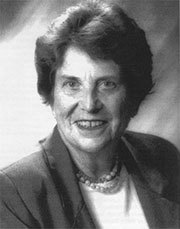 Janice Mathis was raised in Ulm, Minnesota. She attended Vassar College where she received her B.A. degree and subsequesntly received her L.L.B. degree from the University of Minnesota Law School in 1950.She was admitted to the bar in both Minnesota and New Jersey and has practiced law since 1951.

Janice began her career in Government service when she was elected Atlantic County Surrogate Judge in 1975, the first woman to hold that position. She won reelection five consecutive times and held that position until her recent retirement. 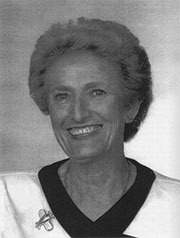 Born in Providence, Rhode Island and raised in Philadelphia and Turnersville. Barbara graduated from Trenton State College with a teaching degree in industrial arts. She pursued graduate studies and obtained a Masters Degree in Education and Supervision at Glassboro State, an Associates Degree in Science and Aeronautics at Thomas Edison State College.

Barbara served as an educator at Monmouth Regional and Mainland Regional High School before retiring after 25 years of teaching at Jordan Road School in Somers Point. She is currently employed with the FAA William J. Hughes Technical Center in the Freedom of Information and Community Outreach Programs.

Barbara’s numerous volunteer activities include mentoring Oakcrest High School students, serving as a motivational speaker, judging the academic area of the Atlantic/Cape May Counties Junior Miss contest, and assisting Boy Scout Troop 316. She is also a member of the Experimental Aircraft Association.