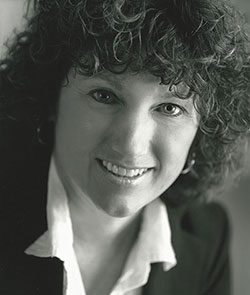 Ann Arena, known as Annie to her friends, a resident of Absecon, NJ, graduated from Stockton University and has a Bachelor of Arts in Business, Marketing. She is employed by Spencer Spirit Holdings, parent company of Spencer Gifts and Spirit Halloween, since 1987 most recently as the Senior Director of Information Management Systems.

Ann has volunteered with the United Way of Greater Philadelphia and Southern New Jersey (UWGPSNJ) since 1996. She has been a local board member since 2004. Ann currently serves as Impact Chair of the Atlantic County/Cape May County Local Board, and is a member of the Regional Impact Policy Strategy Committee. In the past, she has been Board Chair and a member of the Campaign Cabinet for United Way of Atlantic County. She has run the United Way Campaign at Spencer Spirit Holdings since 1997.

Ann is the President of the Ladies’ Auxiliary, American Legion Post #28 in Absecon. She is also an honorary member of the Post. She is the owner of Annie Arena Photography. Ann also works with Spirit of Children, Spirit Halloween’s corporate charity taking photographs at hospital parties at Children’s Hospital of Philadelphia (CHOP), Shriner’s and Nemours/DuPont Hospitals.

Ann believes that we all have a chance to make a difference in the world, to help others and make the world a better place. One person can make difference and she tries to live by that statement. Her parents instilled volunteering and giving back from an early age. They were involved in both Boy and Girl Scouts as was her grandmother. Both parents volunteered in church, schools and the community.

Ann would like to thank her family – her mother and father Robert and Frances Fietkiewicz, sister Patricia Fietkiewicz, brother John Fietkiewicz and especially her boyfriend Don Kleinschmidt for supporting her.

Personal Quote: “I believe you go through the trials of life for two reasons: first to teach yourself something or learning something about yourself; and second to help others.” 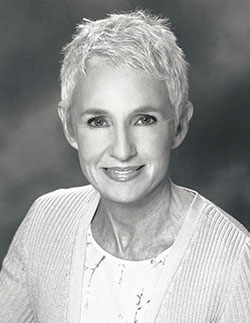 I’ll begin in 1968 when I married my high school love, John Baker. We moved to St. Louis, Missouri, where John attended medical school. During his schooling, residency, and our move to Ventnor, we were blessed with the births of our children, Sarah, Jonathan, Tim and Pete.

Within weeks of leaving teaching, I was contacted by a friend and philanthropist, Dorothea Meltzer, and asked to become a member of Gilda’s Club Founding Board to support all people who were touched by cancer. I was Chairperson during a move the clubhouse made from Atlantic City to Linwood and remain on the committee today. John is now on the board and we were honored to chair their signature event, The Palm Luncheon from 2014 to 2016.

Four years ago, I joined Court Appointed Special Advocates, becoming an advocate for foster children in our area. Though I’ve discontinued court advocacy, I continue to speak out for CASA and financially support them in their mission to protect children in foster care.

In 2014, radio show “Talking with Anne” began. It lasted over 1 and ½ years, growing an audience to 1000 per hour. I loved the job because every Saturday for 3 hours, I had the opportunity of speaking with some of the smartest, most honorable people in our area, with half of my show dedicated to promoting 501(c)(3)s and the fundraising events that would help keep their doors open.

Today, I am the publicity chair for the Coalition for a Safe Community, whose mission is ending violence in communities lacking strong relationships between the police and the diverse communities they are sworn to protect. I learned of it when my husband had the first Police Rally on the Boardwalk and met several members of the Coalition. Through barbecues, coffee with cops, school events, summer programs for kids, the Coalition has become a prototype of what community relations should be.

I am humbled by being included in this year’s choices for induction in the Atlantic County Women’s Hall of Fame, and thank all those who considered me for this honor. Special thanks go to Brenda Taube for proffering my name to the committee, and to Sarah Griffith, long-time and now interim CEO of Gilda’s Club, and Susan Zavaglia Warner, who wrote such wonderful letters on my behalf.

Two sayings that typify parts of my life are:

“No guts, no glory!” and “What’s the worst that can happen?” 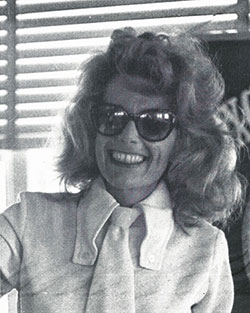 From the time she was eight years old, she worked in her parent’s business, Dan Wolfe Uniforms, servicing customers and doing bookkeeping.

During World War II, she operated a family-owned uniform store with several employees.

She and her parents traveled up and down the East Coast buying and selling uniforms. One of those stops was New York City, where producers discovered she had an incredible singing voice, offering her the role as a stand-in for Broadway shows.

In 1945, she married Major Mark Braymes and gave up her singing career.

In 1965, she and then Colonel Braymes began a venture to bring wounded veterans to Atlantic City as rewards for their service. This was the start of a long and well-traveled road in an effort to help them re-enter society. The idea was to give returning servicemen who had been seriously wounded an outlet to relax and readjust to society. 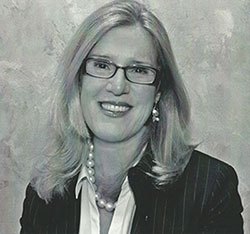 Dr. Eileen Conran-Folks has served as an administrator in Higher Education for over 36 years, including nine years at Temple University and 27 years at Stockton University. Her professional experience includes serving in several senior management positions including: Dean of Students and Assistant Vice President for the Division of Student Affairs. She also served as aa liaison for the Division of Student Affairs on major construction projects including: the Sports Center, the New Campus Center and two state of the art Housing Complexes, as well as Project Manager for two of Stockton’s Instructional Sites. Currently, Dr. Conran-Folks serves as the Director for Stockton’s Hammonton and Manahawkin Instructional Sites and also serves as an Adjunct professor in the Division of General Studies. Her doctoral studies and teaching research centers around Title IX and Equity in Athletics.

Dr. Conran-Folks is also actively involved in several community based partnerships and non-profit boards of directors including: Board of Directors for The Eagle Theater, The Hammonton Art District, and the Noyes Museum of Art of Stockton University. She is an Advisory Member for Gilda’s Club South Jersey and the Atlantic County Teen Arts Committee.

Dr. Conran-Folks is particularly proud of the student based Miniversity program she developed which provides opportunities for the students from the Atlantic City Boys and Girls Club – Champions of Youth program. For over twelve years, students from The Champions of Youth program participated in a variety of educational, cultural and wellness programs sponsored by various Divisions and Student Organizations at Stockton University. Once students complete 8 sessions, they can earn an official Miniversity Certificate to commemorate their commitment to the student development.

Her personal interests include biking, swimming and rowing. She is a competitive member of Viking Master’s Rowing program and one of the founding members of the Gladiators Dragon Boat Program based out of Ventnor, NJ. She also enjoys her volunteer work on Ventnor’s Go Green Committee as well as several other volunteer efforts throughout Southern New Jersey.

As an avid community activist and a leader in several diverse community and non-profit efforts, Dr. Conran-Folks is most proud of her ability to connect students to meaningful projects and educational activities to ensure that the lessons of good citizenship are incorporated into their everyday lives.

“Service to others is the rent you pay for your room here on Earth.” – Muhammad Ali

I hail from a big Irish Family from Philadelphia, and was privileged to grow up with individuals who served as stellar role-models for me and my nine siblings. My grandparents, parents and siblings enthusiastically gave of themselves by volunteering for countless efforts, events and charitable campaigns. Along the way, they would often share funny stories with us about the colorful people they would meet while volunteering for various agencies. Despite their busy lives, they all somehow found time to help support meaningful service efforts including those sponsored by our local churches, schools, orphanages, and who could forget the annual Purple Heart Clothing driven by her roles as a full-time executive chef, counselor, disciplinarian, negotiator, artist and mother to 10 children, she was always the first to volunteer for almost any committee sponsored by our Parish, Our Mother of Consolation. Now that I think back…maybe she volunteered so much because she just wanted to get out of the house. But, seriously, it was my Mother who modeled the way for each of her children as to how to find time to five of yourself regardless of the length of your “to do” list. Folks loved having my mother on all the charity committees, especially the annual Night at the Races event where she would get all the volunteers laughing with her eclectic songs and dance routines. Over the years, I too may be best known for sprinkling a little shenanigans into projects that I work on, just to keep this Conran tradition alive.

The best way to find yourself is to lose yourself in the service of others. Mahatma Gandhi 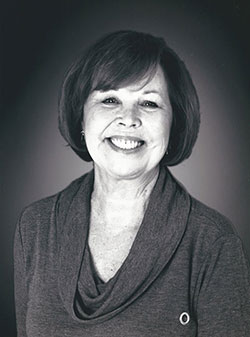 Susan Jo Krauthause was born in Atlantic City, and raised in Pleasantville. She graduated from Pleasantville High School Class of 1965.

She married J. Barry Hackett in 1966 and spent the first two years of their marriage stationed with her husband in Germany, in the U.S. Army.

Their family was selected “Family of the Year” in 1994 by the Atlantic County Family Services.

Susan has been an active member of the United Methodist Church at Absecon for over 45 years; serving on Administrative Councils in many capacities. She has been a member of the UMA Choir during this time and instituted the “Ecumenical Dinner” the community has every year with the local churches. One of her life changing experience has been leading teams to mountainous regions of Guatemala. This adventure began in 2005 and is very dear to her heart. She also began a “Cookie Program” which raises over $8,000 a year to help support the Milk Program malnourished babies at ASELSI in Chichicastenango, Guatemala. She continues to run “Shoe Drives” for the people of Guatemala. She started a “Christmas in July Program” where zip locked gallon bags are filled with toiletries and small toys to be given out at the Christmas Pageant in Guatemala. These are the only gifts that these children will receive during the holiday season. She continues to show her love the less fortunate by working with the homeless in Atlantic County.

Susan served as President of the Absecon Jaycettes in the 70’s and especially enjoyed working on the Miss Absecon Scholarship Pageant which eventually led her to the Miss America Hostess Committee. She joined the National Hostess Committee where she served for over 35 years. Susan felt it was truly an honor and privilege to work with and mentor these young and talented women. Susan truly believed in the Scholarship Program!

Susan was asked to be the head cheerleading coach for the Absecon Blue Devil Junior Varsity Team, where she remained at that position for 13 years. The inspiration of Susan’s first grandchild, Jacob created the original idea to start the South Jersey Field of Dreams in 2003. The SJFOD is a recreational baseball complex where hundreds of special players who are physically and cognitively impaired, both children and adults play ball. They come from 33 towns and 6 counties, using the regional resources and talents of local volunteers.

Susan was part owner and operator of “A Touch of Class” gift shop for 17 years and recently retired from Atlantic Bone and Joint Surgeons where she worked for 24 years. She has always strived to live by the following quote: “Start by doing what is necessary, then do what’s possible and suddenly you are doing the impossible.” – St. Francis of Assisi.

Susan is truly honored by receiving this very prestigious award and being inducted into the Atlantic County Women’s Hall of Fame.