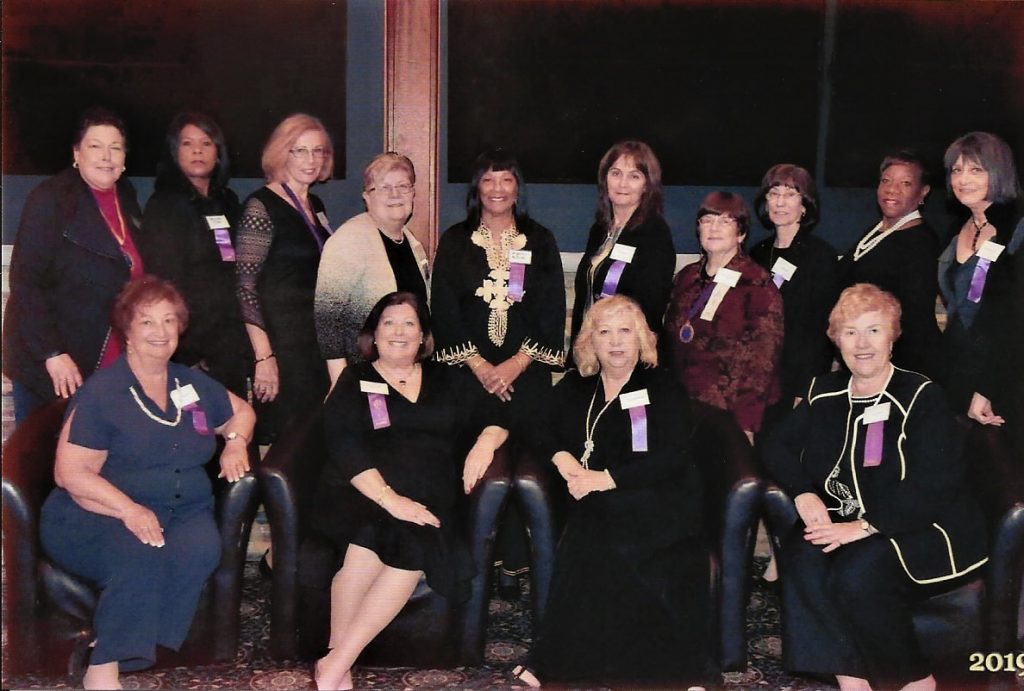 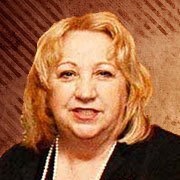 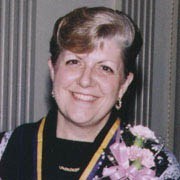 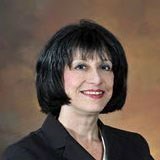 Past President;  Board Member 1997-present 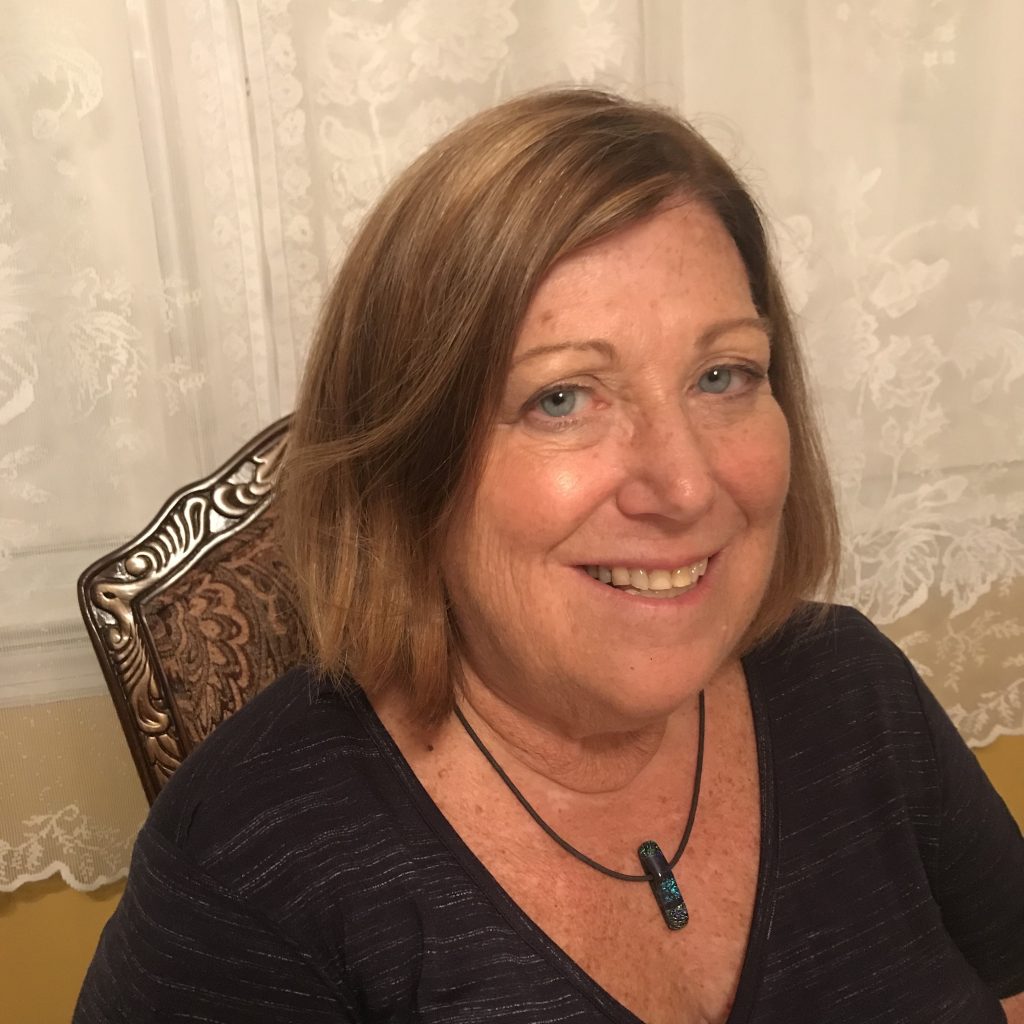 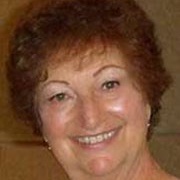 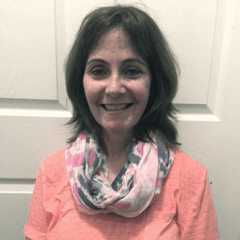 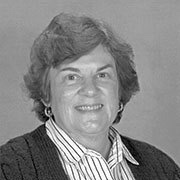 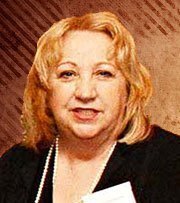 Mary Fran Blisard, M.A., CCC/SLP is a Speech and Language Pathologist. She is a member of the American Speech and Hearing Association and Kappa Delta Pi Professional Honor Society.
She serves as Treasurer for the Boardwalk Toastmasters Club and has held office as president and secretary. She has served on the Atlantic City Mayor’s Quality of Life Committee.

Anne M. Campbell – Anne is a true Atlantic County native, having been born and raised in Atlantic City. After completing education in Pennsylvania, returned to the business world in Atlantic City.
Anne currently holds the position of secretary in the school administration field. Retired from General Motors Acceptance Corp. (GMAC) after 35 years of service. During her career with GMAC, Anne held managerial support positions in several areas.
Anne is an active member of Zonta International, Atlantic City Area Chapter, a service organization whose goal is to advance the status of women worldwide. Anne currently serves on their board of directors as well as on the board of her alumnae association. Serving as president of Atlantic Area ( New Jersey) Business & Professional Women’s organization in 1996, Anne was invited to become a member of the original ACWHF Board of DirectorsShe serves as Treasurer for the Boardwalk Toastmasters Club and has held office as president and secretary. She has served on the Atlantic City Mayor’s Quality of Life Committee.

Evelyn ‘Lynn’ Caterson was the first woman judge to be appointed in Atlantic County. She received her law degree from Rutgers University School of Law in Camden. She worked as an Assistant County prosecutor from 1980-86 and served in the juvenile, grand jury and major crimes units. She was appointed municipal judge in 1987 and sat on the bench in over a dozen Atlantic County municipalities. Ms. Caterson also served as the first woman to be elected City Council president of Absecon, NJ. 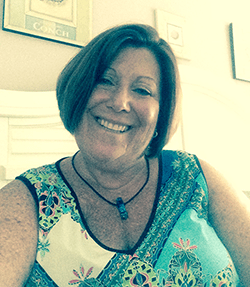 Mary Amanda Delcher was born and raised in Atlantic County. She graduated from Richard Stockton State College of New Jersey, and later returned to school to pursue a degree in teaching. She is currently an elementary school teacher for the Atlantic City public schools. Mary Amanda volunteers for events at AC Art’s Garage, and Gilda’s Club of South Jersey. She has served on the board of directors for Atlantic City Arts Comminssion and the Mary Wilson Art Association. Currently she serves on the board of directors for New Jersey Shore Arts Association, and Atlantic County Women’s Hall of Fame. 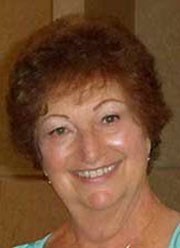 Diane is the current president after serving as secretary, treasurer and vice president along with being a member of the Board of Trustees of ACWHF for 11 years.
She has previously served as secretary of the Columbus Day Committee of Atlantic City and a volunteer for the local pageants in the Miss American Organization. She was also a talent coordinator for the Lucille Russo Boardwalk Star Revue and the March of Dimes Telethon. Diane is a District Deputy for the Catholic Daughters of the Americas and was the president of the local chapter for 2 terms.
She had been a certified case manager at Catholic Charities in Atlantic City for over 10 years and has worked in Atlantic County for over 36 years. 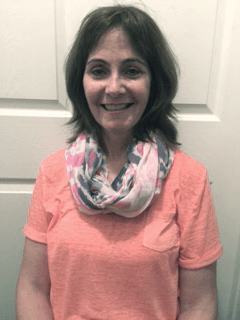 Nora Kennedy is an Assistant Director at Adelaides’s Place, a drop in center for homeless women, located in Atlantic City. Prior to this, Ms. Kennedy worked at Catholic Charities as a Case Manager; for the State of New Jersey for over 19 years in different positions, but most recently as an Aide to Senator William Gormley; and as an English as a Second Language Instructor at Atlantic Cape Community College.
Ms. Kennedy is a graduate of Rutgers University, and has a Certificate of Eligibility to be an Elementary School Teacher Grades K-5.
She is an active member of her church, Our Lady of Sorrows, where she does a weekly hour of Perpetual Adoration. Ms. Kennedy is married, and resides in Linwood with her husband Jim and daughter, Grace.She serves as Treasurer for the Boardwalk Toastmasters Club and has held office as president and secretary. She has served on the Atlantic City Mayor’s Quality of Life Committee. 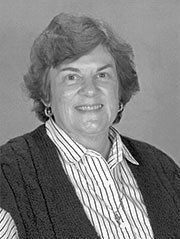 Sister Patty first became interested in the plight of the homeless while working at Holy Spirit Parish. As a result, she and a group of parishioners began a soup kitchen in the Atlantic City Inlet area. Later, during her employment as a case manager for Jewish Family Service of Atlantic County, she continued to work with the homeless. After many years of service with Jewish Family Service, Sister Patty joined the Atlantic City Rescue Mission where she directed the Single Women’s Ministry and worked with many of her former clients. In a move to Covenant House of Atlantic City, she became Pastoral Minister. Sister felt a urgent call to minister to these vulnerable women, many of whom suffered from mental illness and still others who were victims of abuse. With the encouragement of the superiors of her order, the Daughters of the Heart of Mary, she began a feasibility study for a day program for homeless women in 1999. In August 2002, Adelaide’s Place opened in a temporary facility in Atlantic City. The philosophy of Adelaide’s Place can be found in Hebrews 13:2; ‘Do not neglect to show hospitality to strangers, for by doing that some have entertained angels without knowing it.